I took a circuitous path to becoming a toy designer. My undergraduate degree in studio art and master’s in early-childhood education did not directly point me to this place. In 1969, after a long day of teaching four-year-olds at P.S. 11 in New York City, I went to the library at Cooper Union to browse through the latest exhibition catalogs. I had an “aha” moment when I found “Play Orbit,” a catalog of the 1969 Institute of Contemporary Arts (London) exhibit curated by Jasia Reichardt that explored the relationship between art and play. At that moment I realized that there was a way to combine my art making and my work with young children. 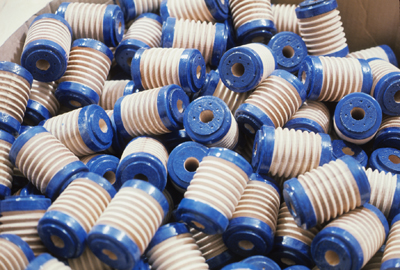 I moved from New York City to Burlington, Vermont, in 1970 and set up a small workshop on the floor of the Vermont Home Care Enrichment Center (University of Vermont Day Care) to design and build “learning materials” for the children in the program. These early prototypes became the catalyst to create a company that went on to design and manufacture open-ended playthings for children.

Learning Materials Workshop (LMW) was incorporated in 1979. It started out as an educational toy company, but expanded its scope of work over the years to include developing education print materials, providing workshops to support the use of blocks and open-ended play, designing play objects for museums, and acting as the U.S. distributor for Reggio Children Publications.

I first visited Reggio Emilia in 1993 where I observed the extraordinary work in the Infant-Toddler and Preschool centers. I was fortunate to attend seminars with Loris Malaguzzi. The connection between children’s learning, open-ended materials, and the environment resonated with my work as an early childhood educator and designer of children’s toys. Over the years, Reggio Children and LMW have established a close working relationship that includes LMW acting as Reggio Children’s U.S. distributor.